The first bird that we feature is the native Wood Pigeon or Kereru.

These clumsy but beautiful birds are often found feasting on the native puriri berries, guavas, and acmena trees growing in our orchard and around our house and workshop. 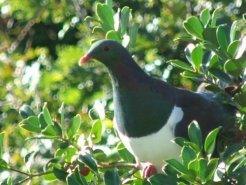 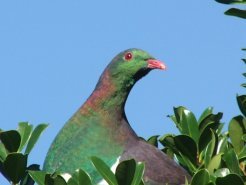 Having gorged themselves on the various fruit available they appear clumsy and over loaded, but any distraction has their composure regained, swiftly and gracefully flying off to the next feeding place. 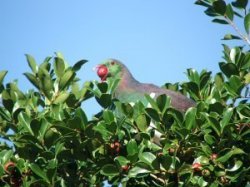 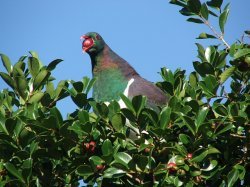 Another frequent visitor is the native Tui, 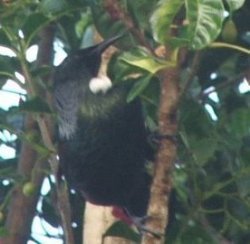 The Tui's song, he is a great imitator, is a rambling collection of other birds calls and various knocking sounds, we have a local bird doing cell phone imitations.Black feathers shot with dark greens and blues and distinctive white tuft of feathers on their neck. 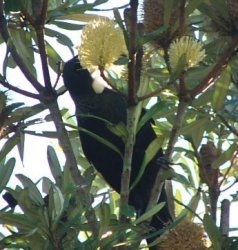 They love to feed on flax and Puriri flowers using their long beaks to reach the sweet nectar,which appears at times to intoxicate them, urging them onto to even more intricate song, sound variations. 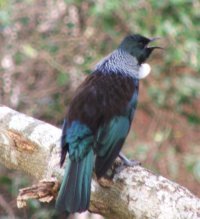 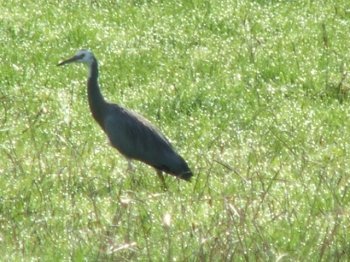 Took this early morning shot of a Grey Heron with the dew still on the grass, when out walking the dog.

Some time ago we took care of a young bird that had damaged one of its legs, it had a great appetite, but a sharp beak and loved tinned cat food. Unfortunatly the leg would not heal and we had to destroy the bird, which was hard, we'd all grown attached to it, even though injured, he was still fiesty, and a real character. 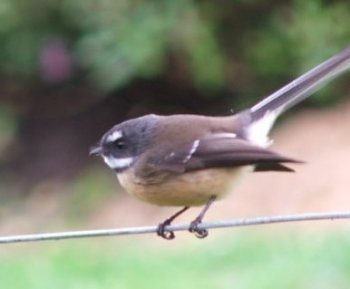 My best shot of a Fantail so far,(one day I'll get the whole bird)

These birds are supreme aerial gymnasts, able to catch their tiny insect prey, in flight, extremly hard to photograph. 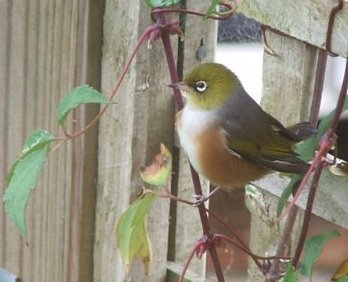 The Wax eye or White eye although not a native of New Zealand,(the're said to have been blown across the Tasman Sea from Australia) very pretty bird,seem to travel in small flocks,and love to drill wholes in the rippening fruit of our orchard.

The Kingfisher,maori name Kotare, a beautiful little bird, I find their irridescent plumage irisistable to photograph, which is always a challenge for this rather shy bird. 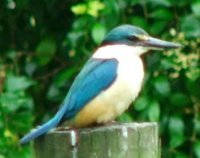 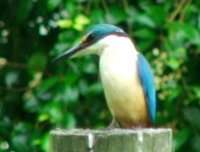 We have many more bird photos on file ,if your interrested ,talk to us.....

Jewellery designers and manufacturers based in Northland New Zealand, love to travel and delight in encouraging others to do the same. We have produced a range of unique jewellery design from New Zealand.

Jewellery can be purchased from our Pacific Treasures online shop, also throughout New Zealand at selected tourist and quality souvenir locations. If you are travelling through the Northland region,you are welcome to call(by appointment) at our studio workshop.

You may use pictures or text from these articles.

Please include the following link.

Pacific Treasures,
Jewellery designed and made in New Zealand
https://www.pacifictreasures.co.nz

Ferns fronds and the Koru

Waipoua forest of the Giants

Do you have a question?

Are you going to visit, travel or tour to New Zealand?